It's been a month since we moved to Portland, and I'm still convinced that we made the right move. Quite a bit has changed about how we go about our everyday lives. I hardly drive anymore, which is a blessing. I actually hate driving in this city, especially in the Alphabet District and downtown. At intersections where there is no stop light, but there is a crosswalk, cars have absolutely no defined time when it's "their turn" to go. If traffic clears so that you can turn, but there is a gaggle of pedestrians about to cross the street, you have to wait. Then, by the time the pedestrians have wandered across the street, you've lost your chance to turn anyway. Then, when you finally get to your destination, there's never anywhere to park. It's extremely frustrating, and it's why I hardly drive anywhere anymore. Luckily, this city is extremely walkable and the public transit system is fantastic. We're actually planning to sell the car and buy a motor scooter.

We drove to Cannon Beach yesterday, which is a cutesy little tourist trap of a town but with an absolutely gorgeous beach. The dog, who must be going a little bit stir crazy cooped up in the apartment all day, was able to run around and play with the other dogs and had a great time. It started raining a bit while we were there, but we ducked into a seafood place and I had some delicious fish & chips and clam chowder. We also experienced something called "salmon jerky," which distills all that is not good about fish into a chewy, crunchy, dry stick of nasty that might be good for keeping Eskimos alive but isn't meant for general consumption.

To be completely honest, I haven't really been following the news that closely lately. I watch the local news on television, but that's so much Readers Digest fluff and I don't really get anything out of it. I'm glad the stimulus bill passed, even though I think it contained too many tax cuts and not enough spending. Still, it's a good bill, and I think it'll really help put a floor on the recession and maybe start lifting us out of it. I'd like it if we could get all of the economic bills passed quickly so that we can start addressing some of the other injustices wrought by the right wing over the past twenty odd years, like the Defense of Marriage Act and Don't Ask, Don't Tell. I'm also very keen for Obama and Congress to get to work on fixing the health care system. I'm still in favor of HR 676, which basically expands Medicare to cover everyone. It's simple, it would cover everyone, and it would work.

I'll leave you with a few photos. 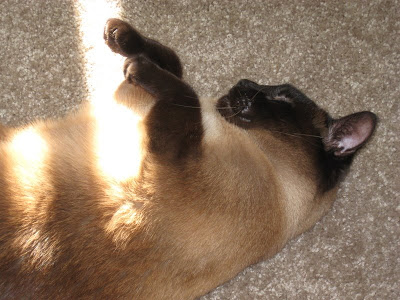 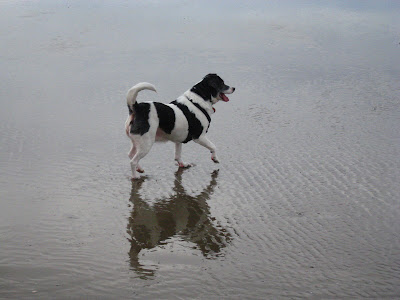 Wendy romping on the beach. 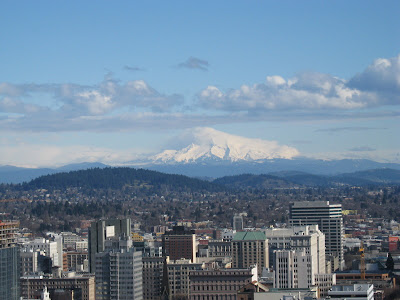 A view from our rooftop deck. 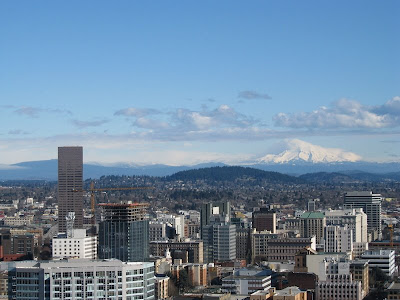 Another view from our rooftop deck.
at 2:08 PM