Kansas Moves to De-Emphasize the Teaching of Facts 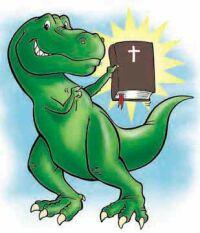 The Kansas Board of Education has voted to de-emphasize evolution as a central part of the school curriculum, preferring to have teachers discuss various theories about the origin of life with their students.

True, Kansas hasn't said "you can't teach Evolution" or "you must teach creationism" or even "you should teach intelligent design," but this is just one more step in a gradual nationwide, hell, a global erosion of trust in science and a kind of "renaissance" of theistic literalism. If trends continue, I can foresee a day when we have another Scopes trial--but this time, the trial will ban the teaching of evolution in favor of teaching some version of the Biblical account of creation.

Look, if evolution, a theory that has been demonstrably proven time and again by scientists, is suddenly suspect, then what scientific theory can stand up to the same kind of scrutiny? For example, let's stop teaching the theory of relativity AND quantum mechanics, because they don't "match up" and therefore they're both suspect.

Next let's start questioning whether the Earth is round and revolves around the Sun. Let's demonize Galileo and Copernicus and insist on teaching Ptolemy's geocentric model of the Universe. I mean heck, if nothing scientific can stand up to the scrutiny that biblical literalists demand, then we might as well throw out all of chemistry, biology and physics.

I'm just glad that these Biblical literalists are so willing to let their theories be tested with the same rigor that scientific theories like evolution are tested. I mean, if they didn't allow intelligent design, or whatever concocted cock-up of an excuse for creationism they're promoting, to be subjected to scientific testing, well, they'd just be hypocrites, wouldn't they? They would essentially be demanding that science be rejected if it is not absolutely provable, but religious dogma can get away with huge logical flaws and a major lack of evidence and still be credible.
at 3:56 PM