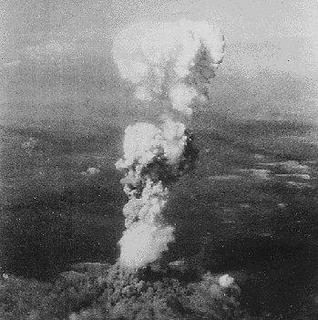 With the dawn of the nuclear age, humanity for the first time had perfected the means by which it could achieve its own destruction. The mushroom clouds over Japan signaled the birth of a new era of almost constant terror of complete annihilation and ushered in a new Cold War in which each side threatened the other with oblivion. There are some who would argue that the "mutually assured destruction" provided by the nuclear deterrent made the very use of nuclear weapons impossible.

Whether or not that is true is moot. What we must face now is the reality that a lot of the weapons previously in the hands of the Soviet government have literally been lost by the inept and sometimes corrupt governments that arose in the wake of the Soviet Union's fall. We now face the very real threat of a mad terrorist like Osama Bin Laden with his finger on the trigger of a nuclear device.

If we truly are the world's last and greatest superpower, then we absolutely must focus all of our energy on ridding the world of real weapons of mass destruction, and stop chasing the hallucinations of weapons that our thirst for oil tricked us into seeing in Iraq. Just one nuclear detonation in a small town in America would make 9/11 look like the accidental toppling of a child's building blocks and throw the entire world into chaos.

Why then does Bush insist on pouring billions of dollars and gallons of American and Iraqi blood onto the Iraqi desert floor, when our real enemies were never there?
at 3:35 PM