Scenes from the Front Lines

Yesterday I attended Rep. Wu's (OR-1, my U.S. House member) town hall on health care at Legacy Good Samaritan Hospital in Portland. That is, I attended the raucous battle of wills that took place outside (the forum was full long before I got there). I figured there would be some sparks, but I had no idea what I was in for.

Clearly, because this is Portland, the sensible pro-reform crew far outnumbered the teabaggers and their far-right allies. Still, there were plenty of fireworks.

I'll let the pictures and the video speak for themselves, with a bit of commentary. 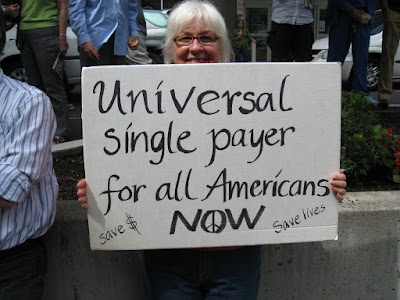 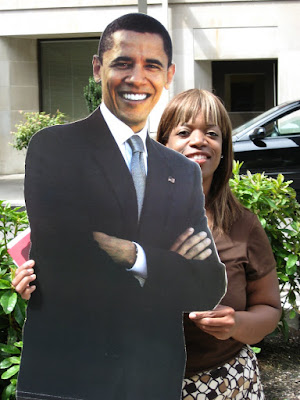 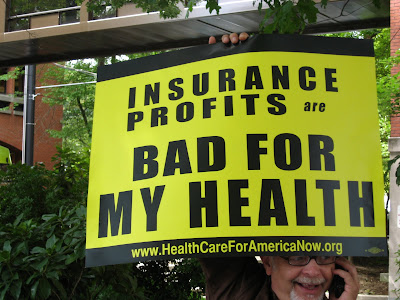 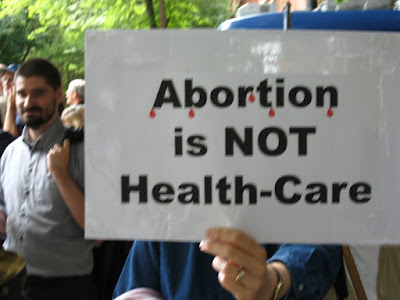 And now, the video that really captures the spirit of the thing. It's broken down into four segments. The first is a discussion between a free-market "why should I pay for anything that isn't mine" woman and a couple of single-payer advocates. The second segment shows the crowd bursting into spontaneous chants of "Health Care Now!" or on the other side "No Big Brother!" and "Socialism Now!" The third segment shows a guy with a megaphone saying that health care will lead this country to bankruptcy. In the fourth and final section, I stumble into a nest of real lunatics. I can't really tell what the woman is saying, but it sounds like something about a death pill. You'll also get a glimpse of a "9/12 Project" sign and another sign that says "Obama out of my doctor's office."

Unfortunately, I did not catch one explosive exchange on video. A right winger began screaming at another guy, "Don't call me a nut! Engage me in debate!!" Difficult not to call the guy a nut when he's literally screaming in another guy's face. Also difficult to engage someone in debate who's screaming in your face.