Did I go through a wormhole? 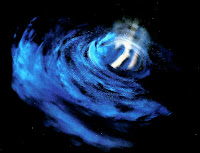 ABC news article about McCain mounting a 50-state campaign has this to say about California's voting history:

California has 55 electoral votes, far more than any other state. It has not gone Republican in a presidential election since George H.W. Bush defeated Walter Mondale in the Golden State in 1988.

So, did I go through a wormhole where Dukakis wasn't the Democratic nominee in 1988?