“Now it is such a bizarrely improbable coincidence that anything so mind-bogglingly useful could have evolved purely by chance that some thinkers have chosen to see it as the final and clinching proof of the non-existence of God.The argument goes something like this: "I refuse to prove that I exist,'" says God, "for proof denies faith, and without faith I am nothing.""But," says Man, "The Babel fish is a dead giveaway, isn't it? It could not have evolved by chance. It proves you exist, and so therefore, by your own arguments, you don't. QED.""Oh dear," says God, "I hadn't thought of that," and promptly vanishes in a puff of logic."Oh, that was easy," says Man, and for an encore goes on to prove that black is white and gets himself killed on the next zebra crossing.” ― Douglas Adams, The Hitchhiker's Guide to the Galaxy
at May 25, 2015 No comments:

Something I'm writing right now that isn't connected to anything else I'm writing, except that it seems to take place in the same world as one of my many stalled novels.  Anyway...read this.

Eddie poured himself a stiff drink and sipped at it, staring at the notes scrolling down the flexiglass screen in his hand.  They were all he knew about the Gray Sisterhood, those fanatics, and they were all he had to go on in hunting them.  He wished he had more, honestly, but he was out of time.
Headquarters: Silver City.  Membership: Unknown.  Purpose: Unknown, but generally anti-magic, pro-technology.  Tactics: Sabotage, terrorism, kidnapping, protest mobilization.  Known agitators:
And here a roster of names unfolded itself, names that Eddie had collected over the years, known sympathizers and anti-magic extremists.  Simon Bunk's name was there, and Eddie marked it red, indicating Simon's death.  The red names outnumbered the black ones on this list, but only a few of them were Eddie's fault.  Most of the Gray sisterhood's dead activists met their fate on failed missions.

I know I'm shouting at an empty warehouse with these posts, but hey, this is working for me, so I'm going to keep doing it.  You, for any definition of the word "you," are welcome to join me at any time, and if you say hello, I will say hello back.  Well, I probably won't say "hello back," because that's just useless and weird, but I will return your greeting.

Today's soundtrack: Disparition, the artist who does the music for Welcome to Night Vale.

Welcome to Night Vale is a podcast.  If you like Prairie Home Companion, but you wish it had a little more H. P. Lovecraft and Steven King, and a darker sense of humor, and vague shadowy figures that inhabit a dog park which no dogs, or people, are allowed to enter, then you should listen to Welcome to Night Vale.

Writing prompt: A scientist stumbles on something mysterious lurking at the bottom of his cereal bowl. 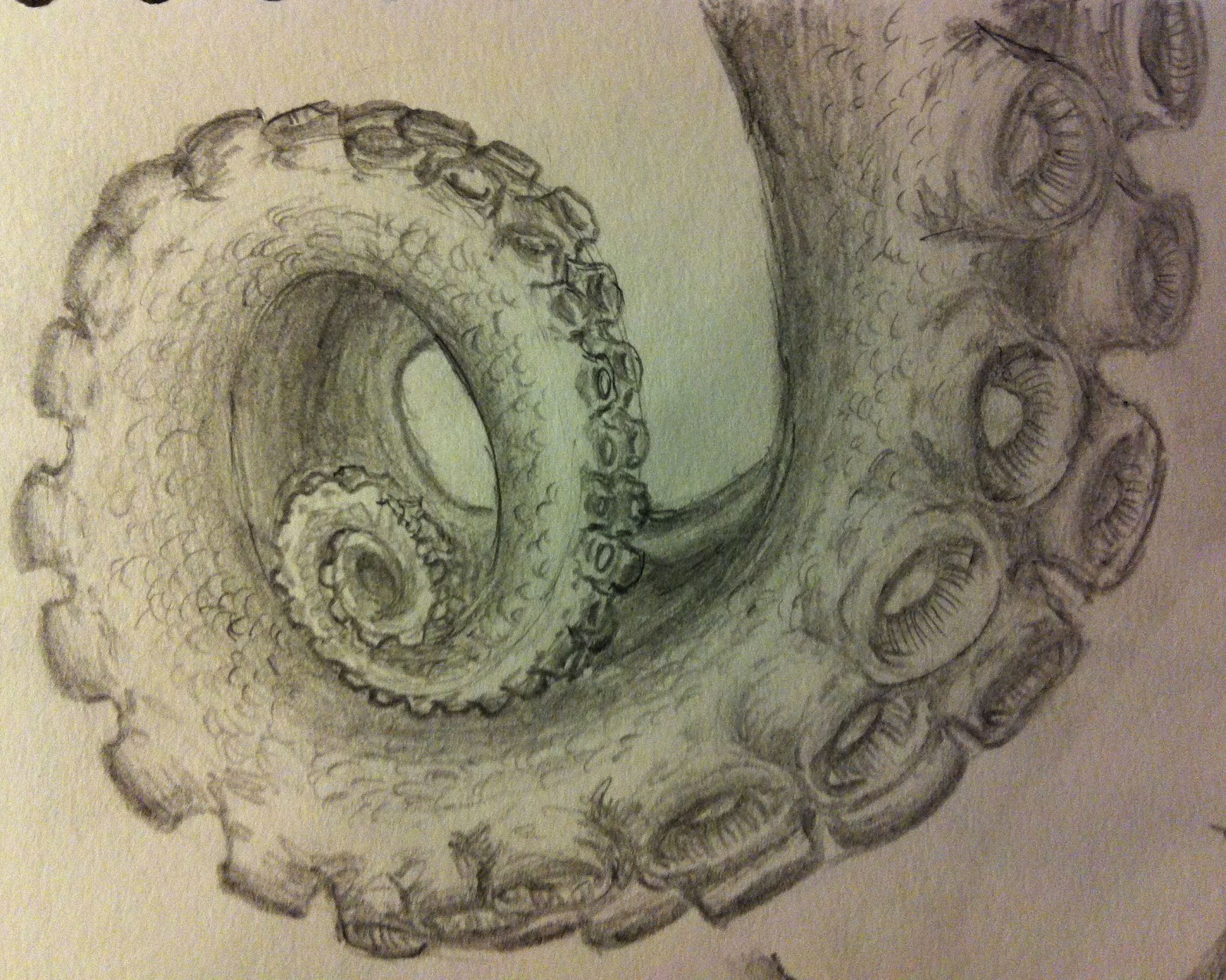 I'll be checking on this post for the next hour or so.

My self-published poetry collection, Sinister Decade, can be downloaded as an e-book here.
On Loss, an anthology in which my short story "Resolution" is published, can be ordered on Amazon here.